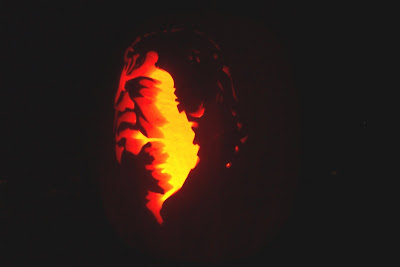 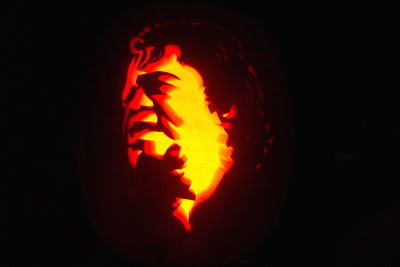 Happy Halloween! I finished the James Brown tribute pumpkin (pictured above click 'em for bigger). It is so difficult to find the best viewing angle and camera settings to capture a carved pumpkin. I adjusted the contrast a bit to cure some of the blur and show the glow of the gourd.

I am not as pleased with this years effort as some years past for a number of reasons most of all the affordability of an extra large squash canvas due to the worst drought in a hundred years. A larger platform allows me a larger image which means more detail. Another disappointing fact was a great usable image without a microphone or a hand or both in front of his wailing face. I noticed in my research of the subject he never keeps his eyes open while giving his trademark squeals.

All Hallows Eve seems to mark a moment where the dead and living can coexist. So if the Godfather of Soul Mr. Brown can walk up and see, I hope he approves.

It can't make matters worse to conger a memory of a remarkable artist, especially when he has the best traditional chance to see our efforts. 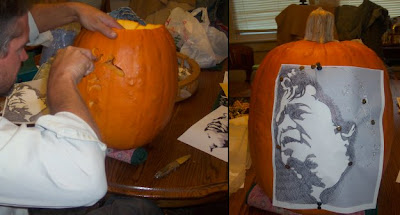 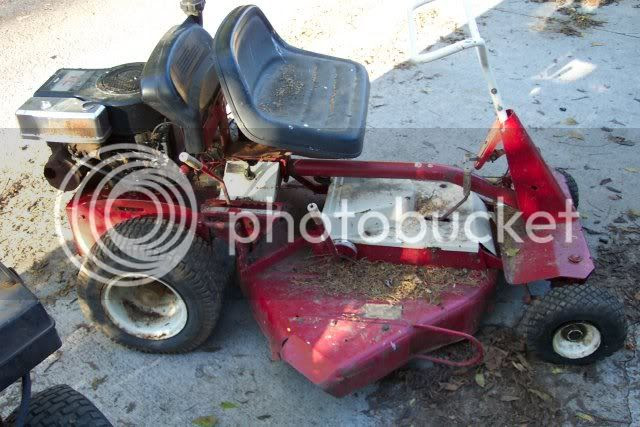 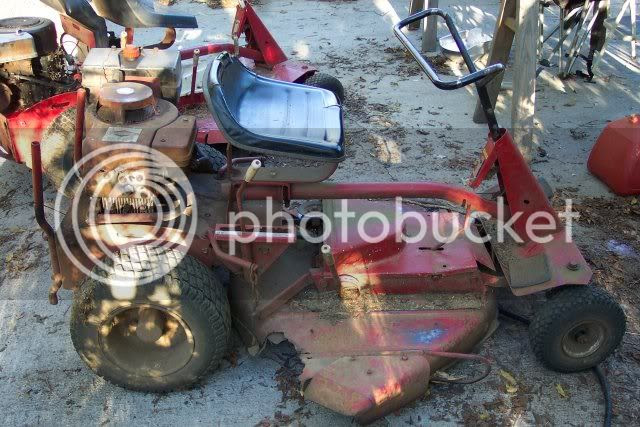 I ain't had much time for the blogosphere lately I have been working on a couple of old riding mowers. I have acquired two nonworking Snapper® rear engine lawn mowers in hopes of making one functional mower for my own personal use. It is another low-end Jed project using whatever I can scrounge up. I have found there are many fans of this type of mower and they have made very few changes to the design since the sixties.

I am going to carve up my James Brown pumpkin tomorrow night and I will have some photos soon...I hope. Meanwhile try and not make matters worse while looking down on Gay Street at the names on the ground near the drop box at the utility board.

I hope you guys know about TED. Technology, Entertainment, Design is much more than a website it is a think tank convention. It is most likely a bunch of damn liberals from some perspectives. The same bunch of carbon footprint measuring global warming Chicken Littles our administration loves to hate. If the only voices you like to listen to are Limbaugh and Coulter then you need not go see these videos it will make matters worse.

Here (embedded) is one filmed a few years ago about how we might avert some possible tragedies for our kind. If you peruse the site you will notice an intuitive interface and a very interesting video player that chapter the speeches along the playback bar. 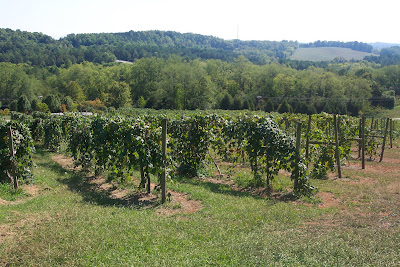 The other day I had two days off in a dang row! Two days they call it a weekend in the old world. The world before the invisible second depression hit America. I will pay for it come next month with a couple of late bills and their convenient late fees. Fees are suppose to be my punishment but it does work to heap their bank account up in the same way red light cameras are making traffic better. Oh yea, I am buying it like the obedient sheeple that I am.

Anyway, the other day we were looking to do something fun without traveling too far...paying for expensive fuel...paying for heavy entrance fees...paying for culture...paying...paying...paying to have a little relief from work. We ended up thinking of a little winery in a neighboring county to the south west where they have a free tasting room. The Tennessee Valley Winery was a nifty outing where we sampled almost everything they brew even mead. We took home a bottle of Tennessee Red wine. It was delicious with our meal at a south Knox legendary Egyptian restaurant named "King Tut" where Moe the owner basically picks out what he thinks you will like and he is usually right. It was a good day to be alive.

I don't think it made matters worse to visit a local vineyard, at least this month. 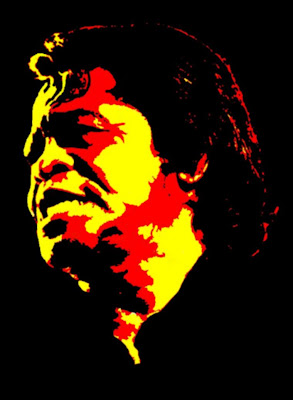 I have a rough draft for my pumpkin design this year. Try and identify this person to help me decide if am on the right track. I tend to loose my objectivity while I am manipulating the image. It makes matters worse the more I look at it and work with it.

Hint: remember it is always someone who died since last Halloween and impacts humanity with style.
:: posted by Tennessee Jed, 9:23 PM | link | 14 comments |

Waiting for the KSO behind the pole

Fifteen minutes in the life of Jed. 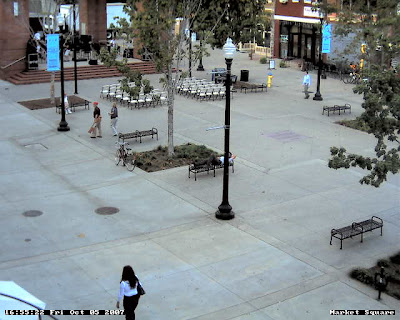 Notice the man lying on the bench behind the pole. 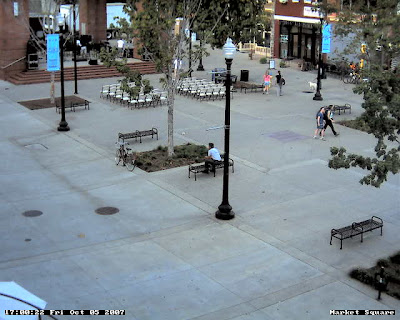 Now the man is sitting on the bench behind the pole. 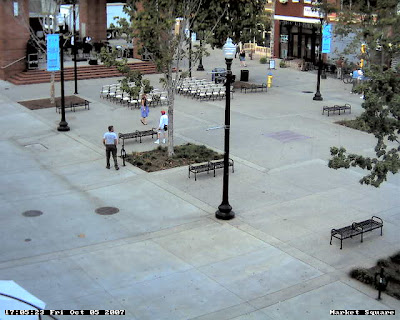 There is that same man standing near the bench behind the pole.
That man is Jed waiting on the Knoxville Symphony Orchestra. It was a very nice show and the dramatic music floating across the square made all my motions feel as if I were in a movie with a composed soundtrack.

Sometimes you only need to wait patiently to not make matters worse.
:: posted by Tennessee Jed, 10:23 PM | link | 4 comments | 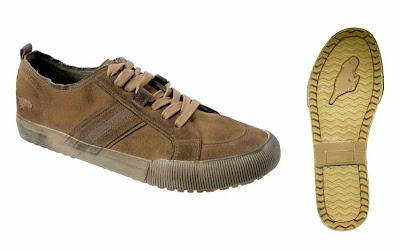 I was reading my friend and coworker's blog while I was sitting at home the other day with a sick step-daughter. He wrote a bitter-sweet observation of watching his daughter grow into a woman in which he mentioned her choice of footwear and the changes they have taken since she was his little helper.

Among other things, his post reminded me of something my wife said about my casual shoes being plain and looking like old man shoes. I was starting to feel self conscious about my shoes and a few of those other things.

At great risk of looking like I am trying to don clothing younger than my age, I went to the Rocketdog website. In a mouse click I changed from old man tennis shoes to trendy urban hipster/skater punk footwear in a effort to not make matters worse.
:: posted by Tennessee Jed, 5:23 PM | link | 4 comments |