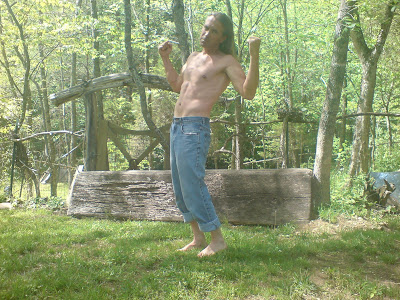 All day today I tried to get someone to kick my ass because I am growing weary of doing it all myself. I still do not understand why she felt I did not love her. I know I was disappointed, discouraged and all kinds of dis-words with her for some crazy character quirks that were impossible to understand. Perhaps she was acting out some stuff in her head, but these things were just common "rules" we all must abide by. Now I have been blamed for things that were not about me at all... addiction, infidelity and outright fraud to everyone. I can't and won't help her work this out. I guess I am much better off, but my heart is still hers in a lot of ways.

Perhaps her boyfriend can help not make matters worse.

I Just wish I could stop thinking about it. It is all the time.

So... I physically and metaphorically hold her hair while she pukes for most of ten years and she just spits me out for infatuation when she feels better. Damn, damn and damn it. She took her love and took it down alright! Mirror in the sky, why do you hate my reflection?

So robbed, so hurt, so angry... this seems impossible.

This landslide sure made matters worse.

Go to the places

I don't want to go to the places where we were known because she still dwells there. Who wants to see their wife being all macked upon by men you considered at least respectful?

God damn it, so hard to not make matters worse.

In total I guess it matters very little about the details of who cheated on who, or who became the most put upon. The fact is that loss is loss on all sides. Nine years is a great investment in a spouse and a lot to toss out with the bath water. As in any game each move is a part of it, but random luck plays a role that no one can predict.

I miss having my wife. I miss the friendship. I miss sleeping next to a warm woman that means the world to me. As with any disease the symptoms are the hardest part to cope with, but not the cause.

I loved her very much, and she could not feel it. The reasons are symptomatic of a lifetime of pain and mistrust on every side. I hurt, but I will survive. She hurts, but she will survive. I hate that pain so much.

Just so you know... I never sanctioned what went on with her and her "playing with the boys" plan to satisfy her selfish itch. Now I must prove my disapproval. She mortally wounded the beast and I put it out of it's misery. Goodbye my wife and friend of nine plus years.

Sorry, I am not strong, weak or whatever enough to be your friend anymore.

Blame it all on me since I pay all the bills and try and not make matters worse.

What the heck?! Stop that, just stop it! If it is a game please know that I can't play, because I do not feel playful. I feel threatened which is not at all play.

Well, it appears the second wife has gone too. Of course all the material loss is mine to bear as is only right as it was laid out a long long time before I got to these here parts. I am an angry kind of numb, numb if you leave me alone about it, and angry as hell if I talk about it.

I ponder how many times a man can start over before the world labels him a loser. I believe in sharing the burden of this dissolution, but I ain't buyin' that this was mostly my fault. This life cost me absolutely nothing and I can't lose anything that was not simply handed to me right from the start.

I place this text from a kind friend's house the same one who offered me shelter in another rough patch in my life eleven years ago. I am thankful to have his stability in the absence of parents on this earth in my life.

I'll keep trying to not make matters worse and I suggest everyone try and do the same.