I went to get my tibia and fibia x-rayed for a workers comp claim the other day and found the bone intact but a nasty contusion with hematoma. I needed to write a discription of the accident for them. So I did it with the usual Jed flair to not make matters worse.

On Sunday September tenth at approximately nine thirty a.m. I Tennessee Jed was requested to do the task of adding moisture to the wood shavings in the Show Barn to contain some of the dust from polluting the air inside the arena.

Learning of an event that was scheduled for eleven a.m. I gathered a one hundred and fifty foot length of water hose, a helper/driver and a golf cart to haul us and the hose to the locality. The aforementioned helper/driver and I entered the arena floor with the golf cart and parked it squarely with the rear end to the dividing rail to facilitate unloading and connecting the water hose. After hooking and threading the hose safely across the seating area I continued with the task of watering down the shavings for approximately twenty minutes.

Growing weary of dragging a large amount of water hose filled with water across the damp and deep wood shavings I concocted a plan to set myself and some of the hose on the rear facing seat of the aforementioned golf cart and have my helper drive me to the furthest point of the arena floor. My helper upon starting the vehicle began to accelerate in the wrong direction because the cart was in reverse gear as he had backed close into the railing to unload the hose. After traveling about two feet we came to abrupt stop as my right shin was mashed forcefully between the sturdy steel rail and the rim of the golf cart seat. My helper/driver realizing what had happened placed the cart in the appropriate forward gear and loosened the grip inertia had gained on my leg. He came around to inspect me and give aid while listening to my rant of every Bible character I could blame at the time, along with some bad mother and fatherless remarks aimed into the air.

We continued on the project after I took a few moments to compose my emotions and inspect my leg for functionality. I found that while the leg was hurting it had no apparent loss of dexterity or tactile strength and quite useful enough to carry on with the chore.

Serious concern for my leg began about ten days after the injury when dark blue spots seemed to be roving about the foot and thigh along with its inability to perform for very long without hurting profusely.

That brings me up to date with my contact with you about having it checked by someone who owns an x-ray machine and can read the results. 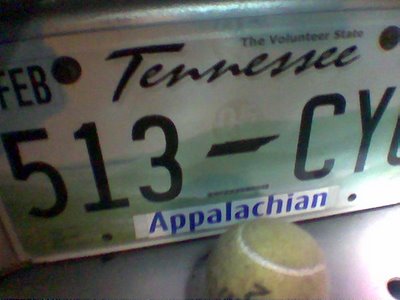 Jed has been invited to be a part of something new! Tune in to see what this photo is all about. I hope everyone can add something to the forum of ideas. Many thanks to Rednecromancer.

Jed is alive and well

I have been at home today recovering from all this work. I finished up with the Tennessee Valley Fair Thursday night and I only had my ten hour shift with the City on Friday until I could have a day off. Then my half-sister's hubby (my half-brother-in-law) calls with a floor tile project he wants me to help with on Saturday.

So I come home Saturday night raw in body and mind and went to bed. After a fourteen hour nap life seems a bit better.

I am excited about a new toy I ordered with about twelve percent of my Fair money today. A few post back I told about washing my smartphone and making it very dumb. I have ordered a Nokia N80 super duper 3 megapixel camera phone/PDA/WiFi pocket pc/mp3 player from Nigeria of all places. This phone is this years winner of several industry awards and retails for about $700.00 without being locked to a specific network. I found it for $230.00 from an outfit in Lagos, Nigeria. Man I hope they do not rip me off it is scary to wire money so far away and hope they do the right thing. If all goes well I will be posting more Jedited photos soon. 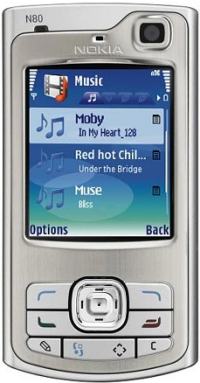 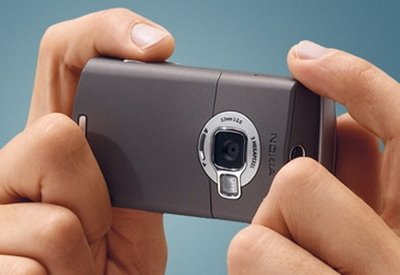 Hello bloggin' friends. I have been missing the relief of doing this web log along with many other relaxing things as I have been covering the clock with work. I have been serving in my daily ten hour shift with public service then going to the fairgrounds and doing six or more hours for the past three weeks. Any day off from the city is a day of working at the Fair to the tune of twelve to sixteen more hours. I am here to tell you I am tired, very tired.

I was wrong to commit to this much work, but I am trying so hard to keep up with all the bills. I was told that the first ten days of fair work was hard setting up all the stuff and the next ten were fairly smooth during the the open days with some light repairs as needed and the last ten days were take down which is not as difficult as set-up. What has went on during the days while the fair is open has been hellish. The second day the fair was open the barn help suffered with car problems and they were all sharing one vehicle as they are from the same family living an hour away. The next day the barn manager laid out under the load of having to move tons of animal bedding and excrement. Then the next two days the barn manager tried to find some help and then quit. Now Jed and and three other guys are trying to keep up with about two hundred pins filled with sheep, goats and cows. Don't get me wrong their has been much help from the owners of said animals and intrest groups like 4-H,but without a manager this help is difficult to use properly.

The bummer for me is the first day the barn manager was out Sunday (9-10-2006) my leg was clamped between a steel rail and a golf cart while I was trying to dampen the show barn wood shavings to keep the dust down. I have weird symptoms from this injury and I think I may have a tiny fracture along with some vien-artery and/or nerve damage. The spot where the impact and clamping happened is mildly sore and damaged, but the ankle and foot have blue patches along with some weird numbness. So the Fair has not been all that fair to me.

I guess that catches me up for now. 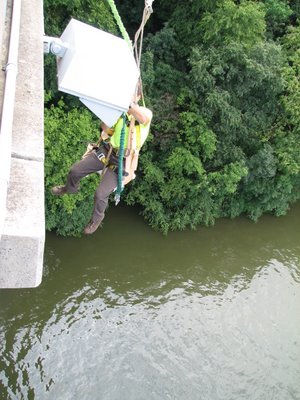 Not much time to blog it today. How about another picture not to make matters worse.
:: posted by Tennessee Jed, 4:44 PM | link | 5 comments |