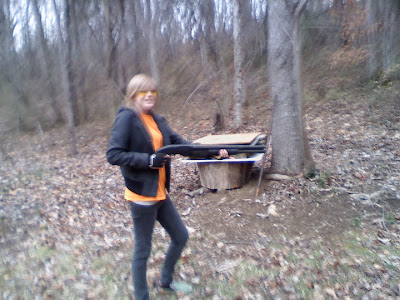 Teaching your kids to handle a shotgun can't make matters worse. Times are weird and every advantage you can get may be useful. If you agree with firearms or not the fact is they do exist, so it is better to know something about them than not.

Come and listen to a story about a man named Jed, public servant. You may have your next newsworthy land battle here...who can say. Our department had an order to border off a piece of public land that was being used for parking illegally. We were to border off with a standard bollard and cable set up like other parks this tiny parcel of property that has an old swing set for neighborhood use. See the area pictured below (thanks Google Maps). The city keeps and maintains several micro-parks where their is no real usefulness for the land, but it wants to give the neighborhood a value added feature. Parks like this do not have a dedicated name they are simple right of ways that just exists in odd angles and between split streets. This one is a good sized one that folks have started using for parking since almost all of the houses were zoned commercial. 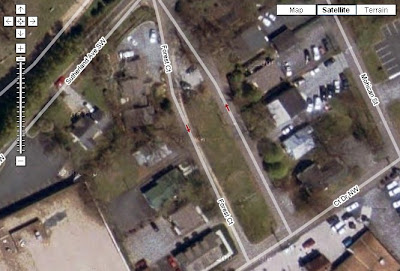 (click image for larger)
Despite efforts to control this with posted signs people keep parking there. All of the businesses that operate in the once housing subdivision have enough parking behind them (see map). People prefer to park in the middle for easy access. Anyway we started auguring yesterday to put in bollards and caught much attention with the businesses. About half were thankful and half were angry about the process.

I told him to call 311, or his area council person, but we were going to have to keep working. I alerted my boss and he said, "stay on task until further notice."

Today at lunch the boss called and said stop. This should be interesting.

It can't make matters worse to carry on until further notice. 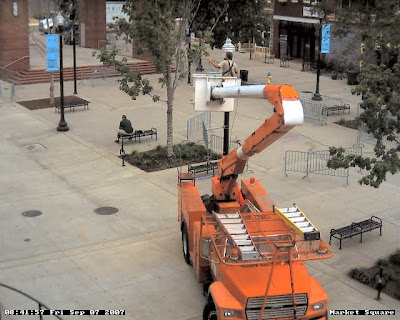 Just before Christmas I was working on the fields when my old giraffe gave a little sway which was unusual for less than thirty feet, since she will do twice that. I pulled the reigns to see what was up with the old long beast and parts of the neck were frozen. I managed to get the upper bones to fold enough to climb down. Once I was on the ground I noticed a hemorrhage, a small drip-drip from the head. She was still perched with her neck half up and twisted and I knew she could not travel like that, so I pulled her from the ground with her lower reigns and brought her down with her last bit of energy. Then the drip broke into a hard pour right above where I had to fold her legs for travel. I gathered a five gallon bucket to catch the slippery blood and keep it from pouring on me while the legs were folded. The bucket was filling fast and I put her to sleep but the bleeding worsened. Once the bucket filled I grabbed another, now the poor beast was pouring from several places so I gathered all the rags I could find and tied a makeshift tourniquet to at least control where the flow would fall. I was calling for help from the Doctor while trying to mop this huge mess and watching her fade away. It was scary to think of my sweet Altec so sick, but the Doc had hope since he had seen animals in worse shape recover. 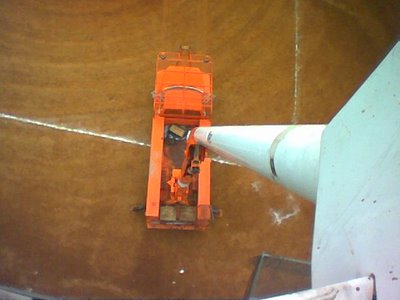 Weeks have passed since she was hospitalized and she has been in intensive care at times. At other points she was out to pasture with the other beast waiting to heal. This past week she has been put in the field where the really old burdened creatures live. The furthest pasture where the once most valuable ones are, the ones who have served in capacities to save humans and cool fires with their mighty bellies and water spouting noses.

The Doctor gave the news today that she is gone too weak to serve anyone. She will be missed.

I have had her in tight places no one else would attempt and she has carried people and supplies to high roof tops. She has been in trees and wide open skies. On busy streets and back allies and city parties she was a regular. I have been able to use her to go where only crows and hawks visit daily. She will be missed this spring when the smell of fresh cut grass and baseball diamond dust rises sixty feet above the fenced fields.

It does not make matters worse to imagine a truck is an exotic working beast when you grieve for her passing.
:: posted by Tennessee Jed, 9:23 PM | link | 7 comments |