The Sixth Man on the Moon

The other day Dr. Edgar Mitchell Astronaut stated that our government has known for many years about extra terrestrial visitors. He also states they have far superior technologies than we possess. We assume they are friendly because if they had wanted to eradicate us it would have been so.

I think this is very exciting if it has any validity. Think of all the things that would change for human kind...

Energy technologies, religion, world peace, space travel are the few at the tip of my mind that could change from meeting beings from out there.

I bet it won't make matters worse if it is true.

Come listen to a story about a man named Jed, the luckiest of unlucky men. This past weekend I was hanging out with a group of lifelong friends when one of them said she had this Harley she was not riding and wished I would just take it and do some maintenance on it and use it. She has been saying this for about three years now and I told her if she did not quit asking I was going to do it. So here I am with a nice little Harley-Davidson Sportster low rider to use at my will. 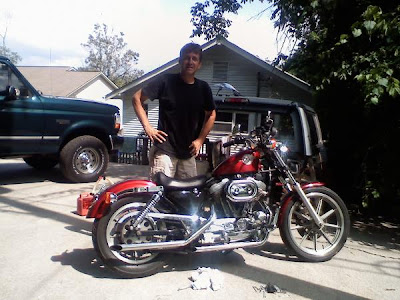 Then if the weekend was not going exceedingly well enough I get to see Tom Waits live as a pay-back for doing a friend a favor. He must have known I would have done the favor without compensation, but he did this for me anyway. Thats my happy ear in the photo. 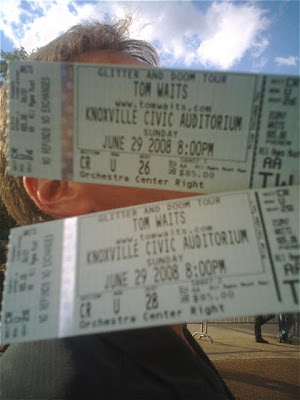 What a good couple of days to be alive and not make matters worse.