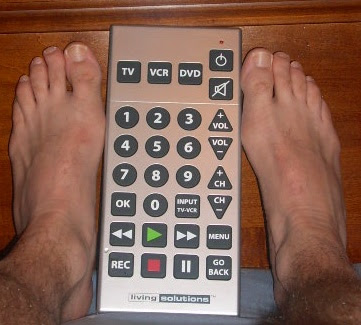 I got a new toy for Christmas! A remote control of epic size, in fact it is larger than many computers with DVD recorder and plasma display. It has this absurd sort of look, and the symbolism says something.

I had it my hand when they announced Saddam had been hung. Gee, that fixes everything don't it? I ain't here to spew about that because I am sure there are many more qualified to comment about this new development.

My father-in-law was over one day when I was complaining about the remote always missing somewhere in the couch cushions. He fixed it for me with this gift. As a matter of fact it will be easier to lose the DVD player and TV than this remote.

I also wanted to share some emotion about Christmas eve. I gave my Daughter a shirt with her new school logo on it along with a little note that welcomed her to Knoxville and her new home with old dad. She started to cry...I started to cry...we started to hug and snub together. It felt so good to feel happy enough to cry on Christmas.

We have been getting her pitiful little room ready this week and I hope the best for us this new year. I told her that if she hated her life here I would not blame her one bit. She is a delightful and witty young woman who ask for little and seems thankful for the change. She has a picture on her desktop that has a beggar looking man with a sign that reads, "I don't want your coins, I want change". She is my kind of crazy! I am guessing that here on earth if you can't find people you have commonality with you must breed them yourself (Prophet of the Obvious quote there, use it iffin you want). 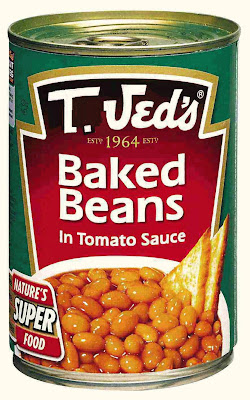 I was counting my beans for Christmas after payday and let me tell you the numbers were looking ugly. The Dolly Parton song "Hard Candy Christmas" was ringing in my head when I got a call. The fellas who helped me get out of my house without a foreclosure said they were in town and wanted to stop over for a visit.

Back when the deal was going down they had said if they cleared any monies they would gift me some back if any was left over. After the deal had went down and we moved to a rental house I never heard a thing from them and had assumed there was nothing left for me. I felt a little raw about it, and I thought about calling several times to ask, but curbed the urge in my feeling of loss. I used the Jed proven method of forgiveness saying, "Well iffin they screwed me then it is their sin and not mine, and if I curse them it will only make matters worse".

To my surprise they had Jed a couple hundred dollars in a Christmas card saying it had been on their hearts all year and now seemed like the perfect time to pass me a gift. I told them I had figured they must have lost their shirt like I do in most deals, and had forgot about me like a bad dream. They laughed and said no one who ever met Jed would forget him soon, and Merry Christmas.

I am feeling very redeemed as a father now with my oldest Daughter living with me. We have not lived together for most of seven years and I have been feeling like less of a man for it. I hurts a man to have his kids yanked away, no matter what the court says about dads being the lesser parent. I never felt like the lesser parent, perhaps a lesser man for not having the money to fight a court battle. I have applied the same "sin ain't on me" way to it to cope, but it ain't been easy.

I am feeling blessed this season, but there is a bit of bitter in the sweet. I found out my bastard twenty two year old son (in the very classical way, whom I first met when he was fifteen and have been trying to my best to help) has got himself a three year term in prison. I have been warning him to change his ways on every conversation to no avail. I hope he don't end up with an even bigger network of thug friends after this, but if he is like most men who start the prison career it ain't likely. God be with him because no one else can.

The time is now to focus on his little three year old son (my grandson) to not make matters worse.

to you and yours!

Jed and His Kin 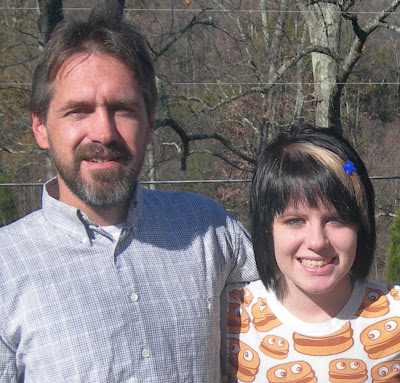 I have good reason to be thankful. Count my blessings...feel Christmas.

As some of you may know this self proclaimed Prophet of the Obvious (a.k.a. Jed, Me) has been at a loss of faith. Not really a loss, perhaps more of a quest of faith, testing the boundaries of a relationship...a very personal relationship.

I covet the peace that passes understanding Saints seem to have. I am no Saint, I am no Prophet except when it comes to the things that are obvious, then I have a chance.

Today I felt the warmth of a blessing in the cold of my self absorbed quest. My daughter moves closer to my hearth and home. I think she wants to live with a man who loves her. I am glad she asked me to watch over her, it is so much better than running off with a lover boy at her age. A prophecy I can only observe. She needs me and I need her. I need her here to heal a wound of a horrible loss and she needs me to keep her from harm. I WILL honor this blessing with the giver's help.

In the book of Job he talks of a giving and taking away that just don't belong to us as humans. Today I understand this better and that can't make matters worse.
:: posted by Tennessee Jed, 11:59 PM | link | 6 comments | 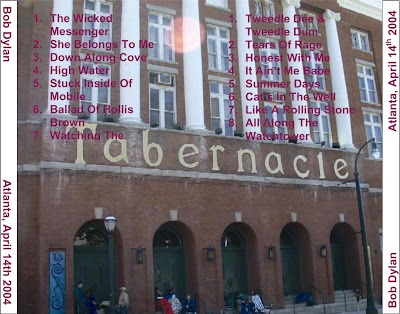 My wife and I took some time to go to Atlanta and see the Zappa Plays Zappa tour in a most unique place this past week. It was a nice gift to us for Christmas from us. I would explain more about the tour, but the website does it best. 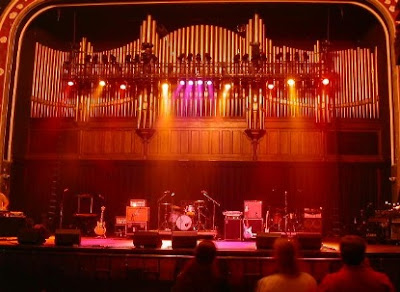 I wanted to tell you about the experience of the Tabernacle venue. The place holds less than 2500 people so it was very intimate. It served as the House of Blues while the Olympics were in town and way before that it was The Luckie Street Baptist Church early in the 1900's. The place was built for acoustics with a pipe organ for a starting point. The whole thing is one nice sound box and every seat is wonderful.

My wife had lost her phone somewhere in the building during the show, but that was a blessing really as I continue with this story. The next morning I thought I would go back and see if I could find it in the lost and found. No one was in the office so I went round back and found roadies working and asked if I could check inside for her phone. They were friendly help as they called the stage manager. The manager explained they had a bucket of phones and said he would gladly take me to the upper office to find it. We started our journey from the lowest point back stage and traveled the building from stem to stern. All the while we were walking he was explaining all the wonderful people he has had the pleasure of working with over his time there. So I get this really cool tour in to get the phone and another on the way out.

It never makes matters worse to go and honestly ask for what you want, hell sometimes you even get a friendly tour.

Because it is there 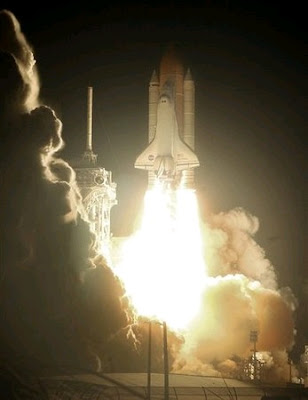 I guess we could worry about how much effort and money (which are the same thing really) we spend on sending humans out there where no man has gone before. We can say there are many problems we need to focus on here with our energy, but I am thinking that is short sighted.

I support what NASA is doing. I think that many great things have come from exploration...of everything. When I think about how we solve problems as semi-hairless apes here on earth, I find we do our best work when we are looking around. I know when I am placed in a situation where I need to come up with a solution I discover the best answer when I look at it from the corner of my eye while I do something else. It seems useless when you think of all the work people do looking at tiny plants and animals under a microscope, but it brings us to understanding the way our body gets attacked by them and what we can do to fight back. A lot of cures and products were found by serendipity while we were looking around. Many things have come from the space program, and I am not just talking about Tang or WD-40, I am talking about improvements that make everything better that we build and grow. If we can figure a way to live on the moon, in orbit or Mars and cope with harsh environs and grow things to eat while we are there, we can help the way we live here.

I know that the exploration of space will yield someday a new way to produce and store energy that is as clean as triple distilled water. I know people are in deep need today for basic things, but I also know it will only get worse if we don't reach out far for answers. I saw that the earth has about five billion humans on it now and if it continues at current rates it will be fifteen billion in less than one hundred years from now. That is some crazy numbers stuff that most likely can't happen before some herd thinning calamity, but the potential is real.

So I say it can't make matters worse to look around we might stumble into something wonderful.